What's a Picture Worth?

I must begin with a story. In 2010, when I left to take this position, Dean Barbara Rimer and my other friends at the UNC Gillings School of Global Public Health gave me an original iPad. I would not have bought one for myself. But, since they were so nice to give me one, how could I possibly refuse? I took it home and started playing with it (the best way to learn about any new technology). It was a couple of months later when I overheard my wife talking on the phone with one of her sisters about me and the iPad. As I recall, she said, "He's always got it with him.... No, really. He carries it all over the house reading email, the newspaper, and watching videos on it. I've never seen him so attached to a gadget." So, I'm hooked and thinking about buying the new iPad that was announced this week.

What's this got to do with the title of this entry? Well, it's connected to the marketing buzz of the new iPad. With the improved display, the device will show over 3 million pixels on the screen. Why is that important? In and of itself, it's not. But consider the question this way: How long does it take a human being to take in and process 4 million data points? Answer: A glance. We are superbly adapted to view images and use them to interpret our environment. Most of us can discern 1.2 million colors. We are visual creatures and have used that capacity to protect ourselves. A slight variation in color, pattern, or movement spelled the difference between our ancestors having lunch or being lunch.

The human ability to process loads of data in visual form is an often untapped ability in analytics. So much attention is rightfully placed on getting the data right, complete, and correct as well as making sure the math provides valid answers that we forget how to make that numerical value accessible to others. On our project, we have heard many times how important it is to deliver our information that allows a stressed leader to understand a complex situation quickly. In other words, at a glance.

Presenting images that are meaningful statistically is just the beginning, however. They also need to be easy to understand, which brings us to what David Ebert at Purdue University's DHS Center of Excellence for Visual Analytics calls the sociology of data visualization. We have to consider more than the usual IT person's notion of the distance between the screen and the back of the chair. We have to understand the values, training, perception, and situation of that person's encounter with our representation of the data. Doing so allows us to move beyond what we hope is a clear representation of the situation using analytics. If we are to be successful, each visualization of the information should tell a story.

A year or so ago, I toured the Emergency Operations Center at CDC. In their situational awareness room, they showed us an animated movie of the spread of influenza outward from a province in southeastern China to Hong Kong to the countries bordering the Pacific to the rest of the world. It was a dramatic representation of an epidemiological disaster that helped us understand how that disease spread geographically and how long it took. The downside with the presentation is that it was a visual representation of an outbreak in the 1950s. They did not have a similar animation of the 2009 H1N1 pandemic. The person who constructed the presentation did it in her spare time as a hobby, but they all liked it because it helped them understand a model of how the disease moved.

We need more such movies. And maps. And graphs. Otherwise we end up in a frightened frenzy. 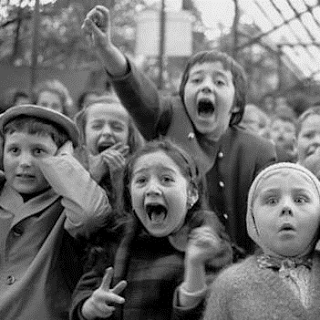